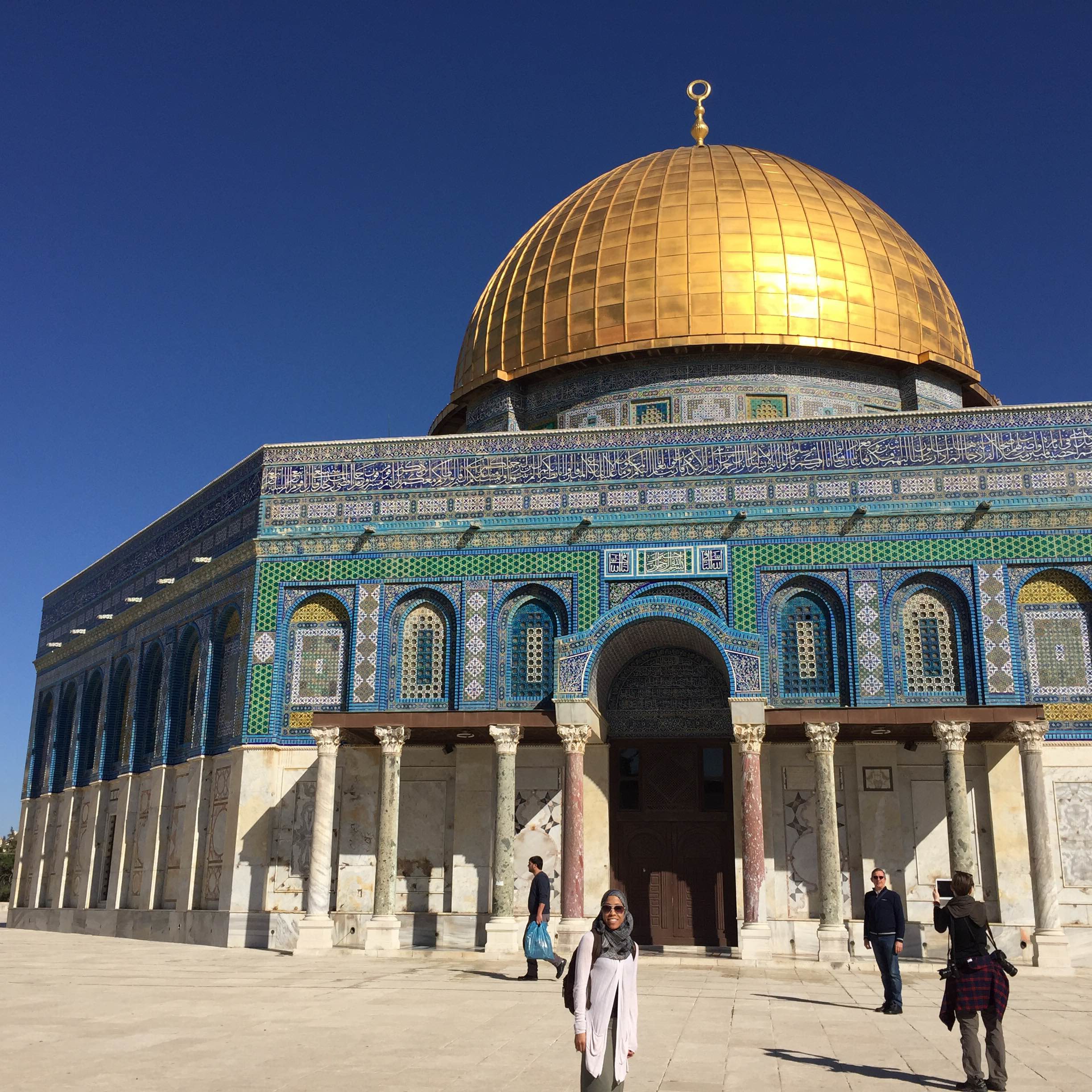 Today’s blog post comes from Valparaiso University Law Student Leah G…
Coming to Israel for spring break 2016 was something that I was looking forward to. My parents and family were very nervous for me due to the conflict between Israel and Palestine. I took the class, as an experience to learn. I have learned so much about the Israeli perspective and the Palestenian perspective. I am now able to form my own views after hearing each side of the conflict, which we are each entitled to. During my time here there have been attacks on civilians, Israeli military and even some tourists. In such a Holy Place it’s ironic that so much turmoil is going on! 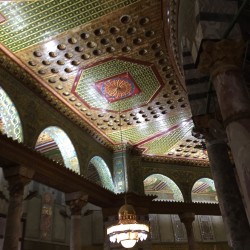 On the very first day after arriving, we had a very early day. Maybe not early to some but after the long flight and ride to our hotel and the time change, being ready at 6am was early for me. Despite it being early, I was looking forward to this tour day because we were going to Temple Mount, a holy place for not only Jews but also Christians and Muslims. At Temple Mount lies Al-Aqsa Mosque. To be able to go in and pray at the third holiest site in Islam meant a lot to me. But going to pray was no easy task. Because I am Muslim, I had to enter Temple Mount at a different entrance than my non-Muslim classmates. Going through this entrance I was asked to recite Al-Faatiha which is the first surah in the Quran. I was asked this by Arab guards. This seemed strange to me because I have never experienced issues when going to pray in the mosque. 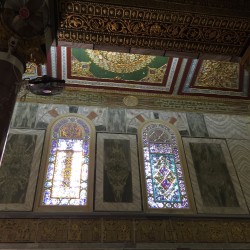 Once inside Temple Mount I was the only student in our group that was allowed to enter the mosque. And once again before entering the mosque I was also asked by a Muslim guy who was guarding the door to recite Al-Faatiha, asked where I was from and to see my passport. But once I was in the mosque it was amazing! The fact that there is so much security to enter Temple Mount has nothing to do with religious reasons, it’s more about political reasons. In 1969 an Australian tourist came into the mosque and burned it causing the wooden pulpit to be destroyed. After learning the history behind such strict security I then understood a little more about the security issues. Though it still saddens me that such security issues have to be in place. 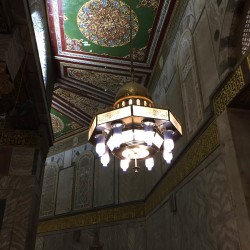