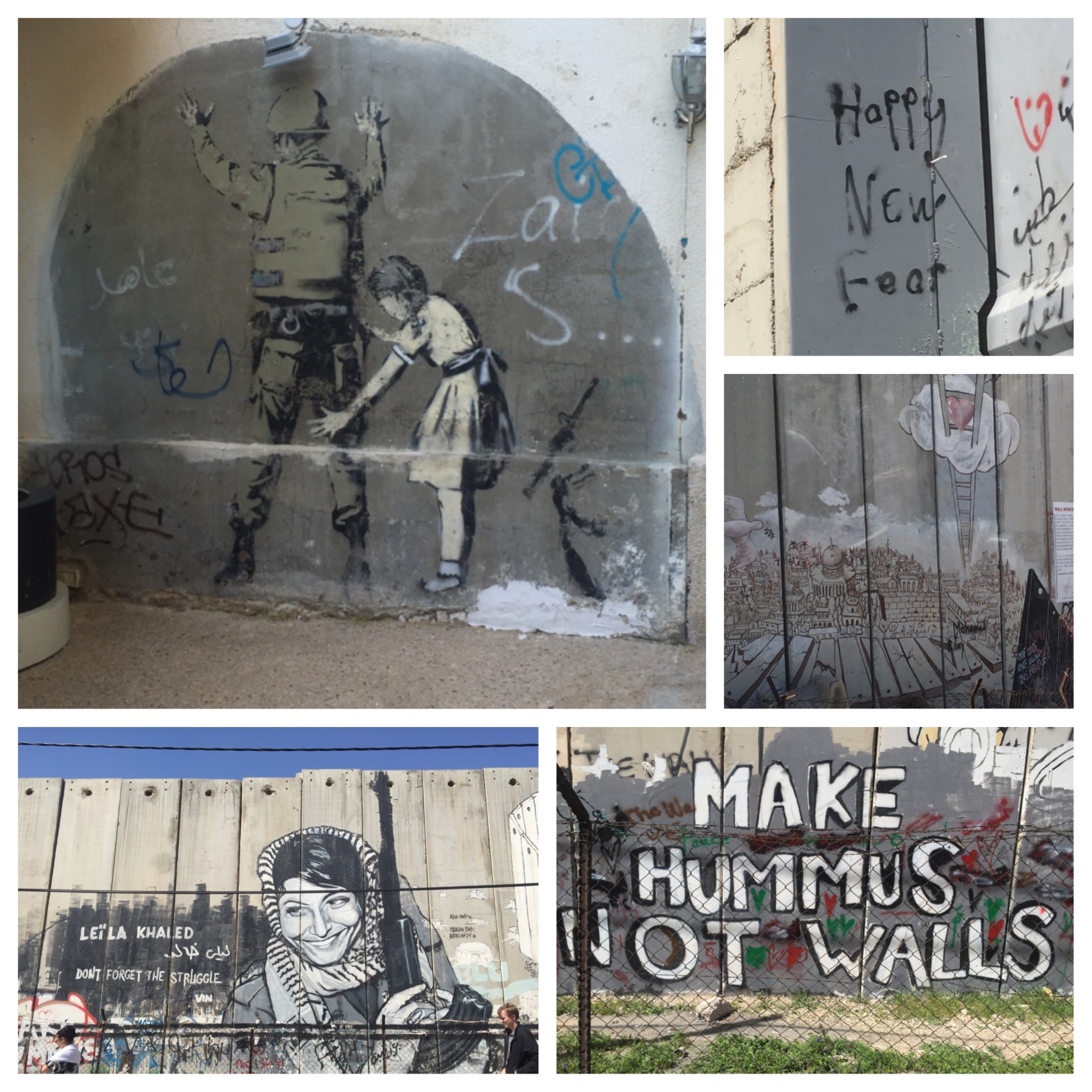 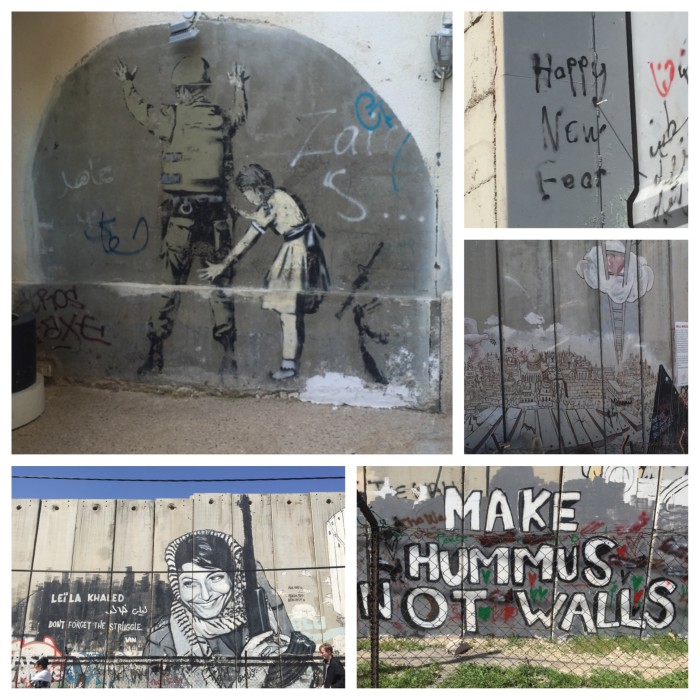 Graffiti on the Separation Wall

Art is an expression of one’s feelings or imagination. It tells its viewer a story, represents a period in history, or emotional power. The art displayed on the concrete wall in the West Bank that secludes some Palestinians, represent struggle, fear, and the hope of better days. Many talented artists have graced the wall but the image that receives national attention is the girl searching a police officer. This image was created by Banksy. When I first seen this I had no clue as to what this really meant. So, I took a picture of it to look at it later. Later, on as I tried to comprehend what this really meant, I came up with the police officer being a barrier to a young girl (who represents other children), at a chance for a better or normal life. The girl also represents other children whose childhood has been a victim of the conflict between the Palestinians and Israelis. This also made me think about were the image is located on a wall, inside the West Bank, where only Palestinians live. From what was seen behind the wall was a form of dehumanizing individuals based on their religion or ethnicity. There is another piece of art that states, “Happy New Fear.” This speaks volumes about how scared people are to enter a new year because the future is unknown. The art work on the wall represent the Palestinians struggle, fear, and hope for better days. We can only hope that there will be better days soon. 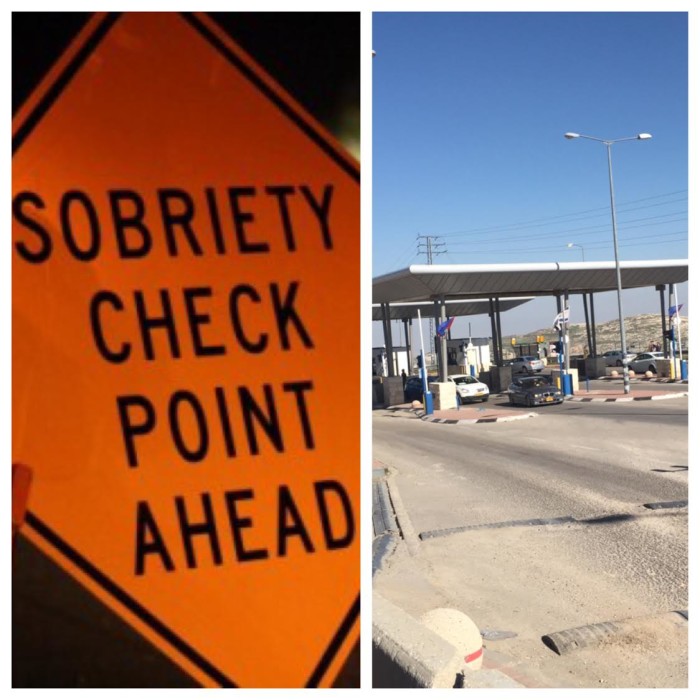 In America, when some says there is a checkpoint near by the main thing or the only thing one would think about is sobriety checkpoint. Either you find another route to go home or you have a friend who is sober drive you home. In Israel, a checkpoint has a completely different meaning. The checkpoints in Israel, those particular outside the wall where Palestinian’s reside, is where you are given permission to either come or go. People are stopped and questioned, have to provide certain documentation, and their cars are searched. These checkpoints are armed with numerous Israeli soldiers. These checkpoints prevent Palestinians and Israelis from interacting with each other. Standing there looking at the traffic flow of the checkpoint, there were trucks bringing in goods and other necessities. This made me think of the limited movement, which could or already has affected Palestine’s economics and a possible human rights violation. Looking back on what I seen while standing at the checkpoint, it only made me question even more, will there ever be a solution? 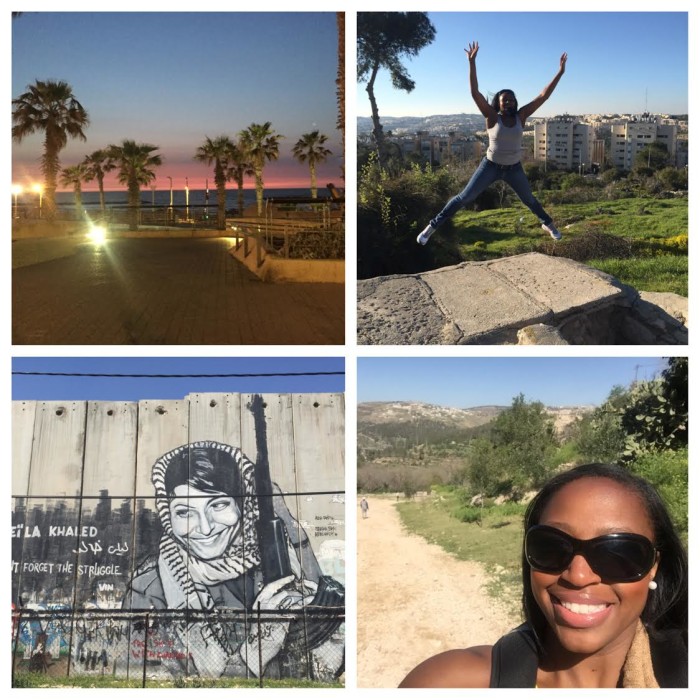 This was my first time being out of the country. I was not nervous, but very excited at what was ahead. Mejdi Tours, along with our wonderful tour guides, made this a trip to remember. Being able to actually go the places that we talked about in class made a difference in my learning experience. The dual narrative tour provided different perspectives, which is what is always needed when speaking on conflict. I cannot wait to come back.