This blog entry was brought to you by Arman I…

We became exposed to the blazing heat as we walked out of the coach bus to begin our short tour of the Dheisheh Refugee Camp. As our group of about twenty individuals entered the camp, we all heard a loud bang and everyone except for our tour guides flinched. The scary sound was followed by the laughter of children, and their footsteps running through the streets. Immediately after, another bang went off and this time I saw the kids in the street. They were presumably around 8 years old and they were just popping air filled bags. Our Mejdi tour guide  who works in the camp told us that the kids were just playing around, and it’s their only way to pass time. The kids stopped running around and watched my diverse group from Northeastern University walk to a rocky structure that overlooked the refugee camp. One of the kids recited, “audhu billahi min ash-shaytan ir-rajeem,” which was a short prayer to ward off Shaitan. All the kids laughed afterwards. I understood their negative feelings towards my group, because they correctly assumed that we were Americans for the most part.

After we passed by the kids, we listened to a short talk by our tour guide as we overlooked a tremendous view of the refugee camp. Our tour guide told us that he had faced over three years in jail for nothing, and he had lost his father during an intifada although his father did nothing wrong as well. Our tour guide emphasized though, that the best way to resist the occupation and improve the lives of refugees was peaceful protest.

Once we finished our short talk, we took a small tour through the camp. The pathways were narrow and all the homes were so close together. Our tour guide told us that you couldn’t cook anything without your neighbors knowing what you cooked, and you couldn’t keep in matters or activities in your home private at all. The streets were filled with young boys and girls who varied in age, as they all had just finished their finals exams. We eventually stopped in front of a wall that contained graffitied portraits of 2 men and 1 woman. The man on the right with a keffiyeh scarf was known for hijacking planes, and the woman in the middle was the man’s assistant. The man on the left was known to fund the attacks. The sight of these portraits in the refugee camp made some members of the group from Northeastern uncomfortable because these men who were revered in the camp were actually seen as terrorists in the eyes of much of the international community.

We made a short trip to the separation wall near Rachel’s tomb, and we saw spectacular displays of graffiti. One artwork that really stood out was a dove wearing a bulletproof vest. After the visit to the wall, we had a quick lunch break and then eventually made our way to the Aida Refugee camp.

The Aida Refugee camp was similar to the Dheisheh Refugee Camp in the sense that there were kids of various ages roaming the streets. The kids seemed a bit friendlier in Aida though because almost all of them were delighted to see us and said hello. It was heartwarming when a vehicle that seemed to serve as a school bus passed by us because there were kids about 4 years old who peered their heads out the windows and waved at us. We walked into a building and at the top of the entrance there was a sign that said, “the right of return is non-negotiable.” Inside of the building, there was a setup of chairs next to a poster that showed the gradual loss of Palestinian land since 1948.

A cultural leader in the community soon came in, and stood before his crowd with the poster. The man spoke English well, he had actually went to school in France. The man actually ran a program in the village that encouraged kids to express their feelings through theater. He also had a lot of interesting ideologies, some were a bit extreme, some were reasonable, but they were all understandable.

The community leader had mentioned that the Palestinian people are not in a conflict, rather they are subject to colonization and occupation. He clearly feels that his people are being heavily victimized. Something that resonated with me was when he said that each religion in this region has a claim to Jerusalem and the lands around it, but it is not just for any one religion to monopolize this claim. There was also a wave of discomfort that hit many of the individuals in the audience because the man said that there was women’s gym in the village, as well as a women’s football team because he believed women can influence change significantly. Shortly after though, he compared the Palestinian and Israeli situation to one of rape, as if Palestine is being raped by Israel. This certainly was not the best way to put it and it made people uncomfortable.

After we finished our talk at the Refugee Camp, we traveled to a Palestinian farm in a zone C area. We sat in a cave and listened to the owner of the farm speak about her awful experiences with the IDF. The woman was also in charge of the winery in the area, as well as a leader in the Tent of Nations organization. The woman told us how the farm had been owned by her family for a hundred years, and the IDF had made it extremely difficult on her to hold onto her property. Water and electricity did not go to her home, but she said that instead of sitting down and crying, she had to be creative to keep her home functioning. For example, she got solar panels installed for some source of electricity. It was very upsetting to hear things like how the IDF uprooted hundreds of olive trees on her property, and over a thousand trees that bore fruit like apricots and apples. Her inspiring method of resistance however was to peacefully replant the trees with determination. 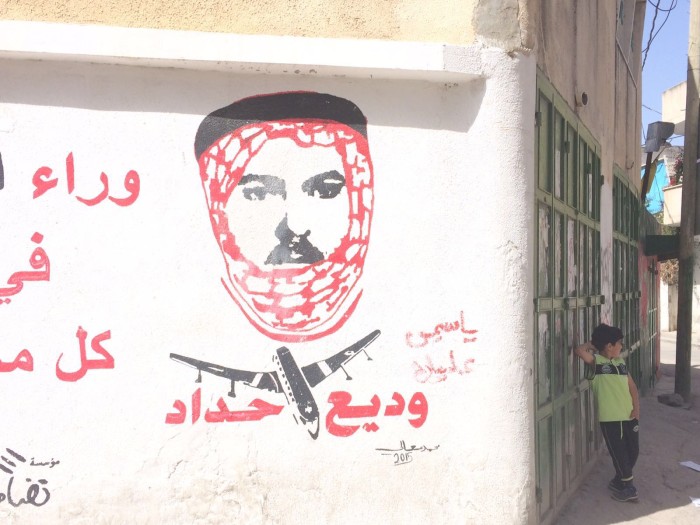 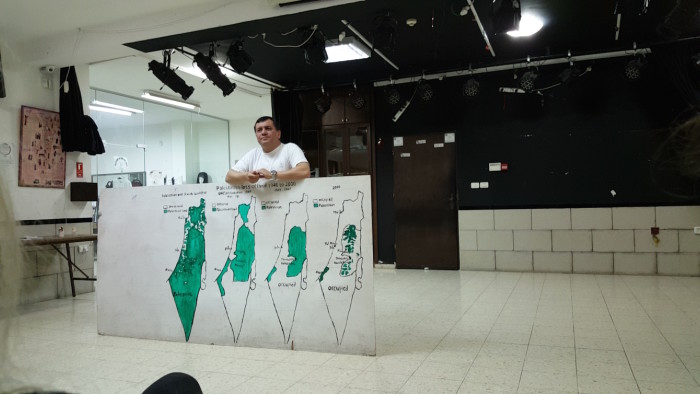 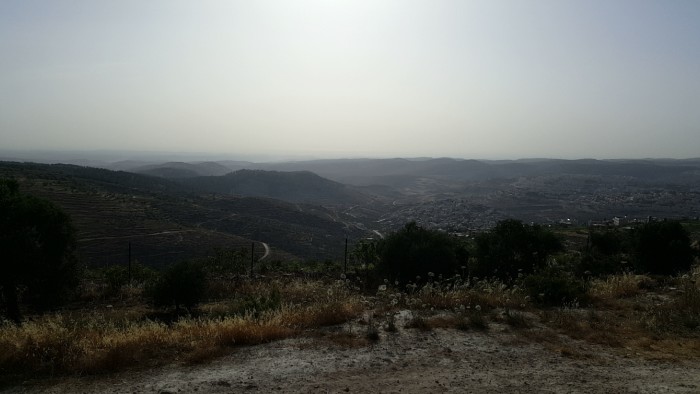 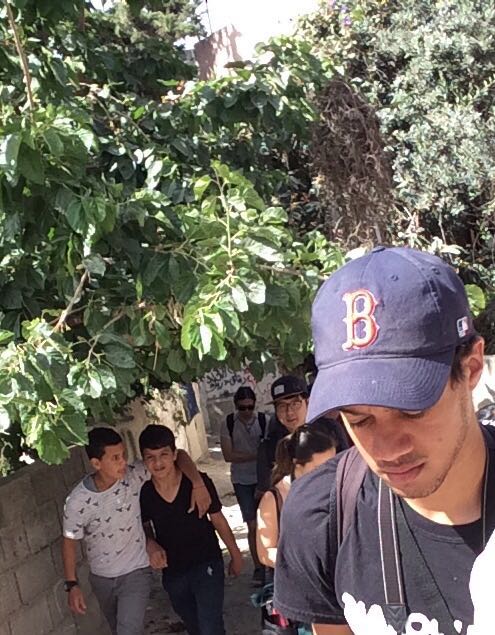 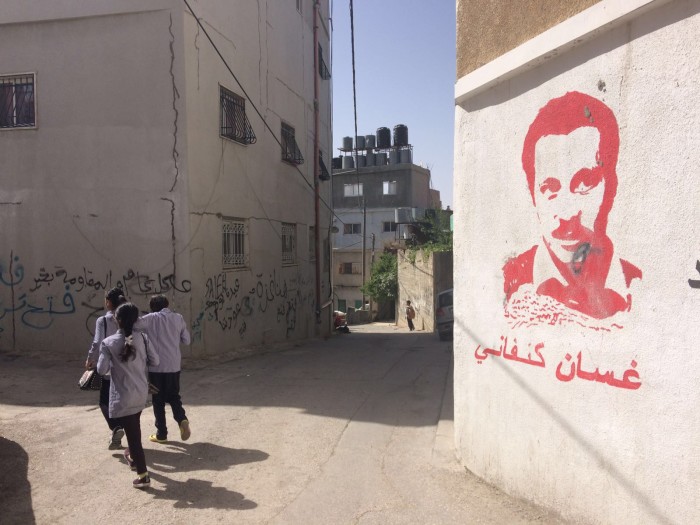