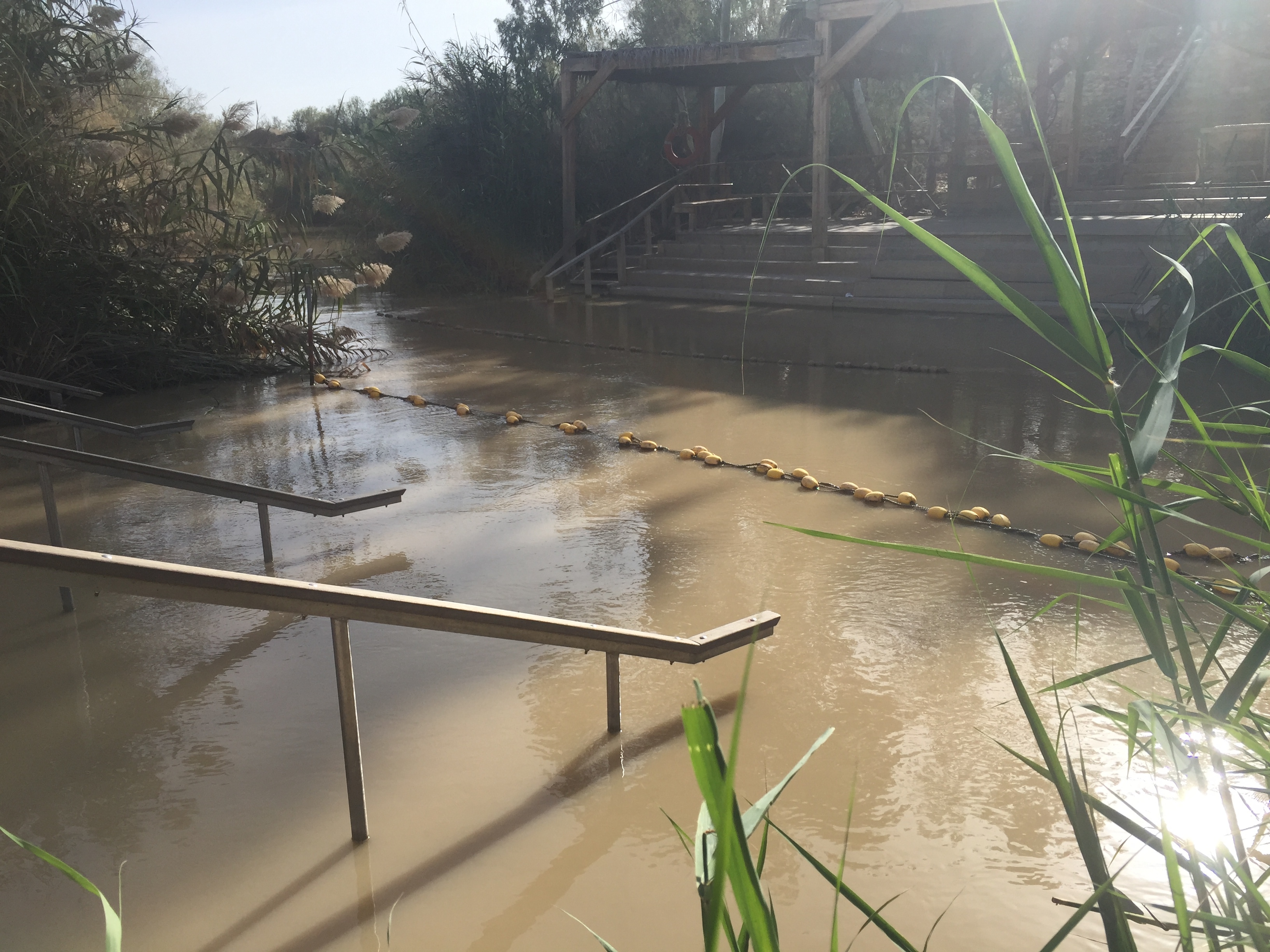 On Saturday March 5th, we started out our day leaving Jerusalem. I was pretty sad to leave Jerusalem as it is one of my favorite cities in Israel. I love the mixture of history, culture, and modernity. However, as we left Jerusalem we were heading first towards the Jordan River. A good deal of my colleagues on this trip seemed to really enjoy this stop because it was the place where Jesus was baptized. For me, I appreciated this site because it gave a sort of reality to the conflict that Israel constantly faces. Literally a foreign country that had previously been, and could at any moment be, a enemy and was just only a sort of a “hop, skip, and a jump” away. While I have been to plenty of borders like this in other countries, these were all countries who weren’t in a state of constant fear of being invaded. Their borders were internationally recognized. Israel does not have that luxury. It was interesting to just see the soldiers, both Israeli and Jordanian, sitting on their respective sides, relaxed but with an ever watchful eye for what was happening just right across the river. 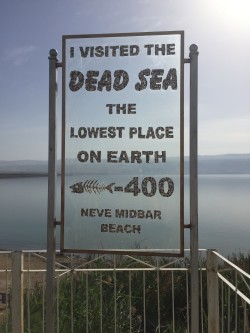 We left the river and made our way to the ever famous Dead Sea where it felt like we could float the world’s problems away, or at least just our own. I have floated in the Dead Sea before but this time it was just so much more relaxing. I just floated there, literally, in the water and just let the sun shine down on me. The peace of feeling just completely weightless and being able to table ones thoughts for even just a small moment was so rewarding when we’ve been constantly on the move and learning a very touchy subject. Its very rare when I can find myself at such peace and its difficult to want or need to process that such a peaceful place is 1) not only drying up every year, but 2) is in a region that is constantly plagued by discord. Being that I don’t know when I will be able to return to such a place, I made sure to fully enjoy its beauty. 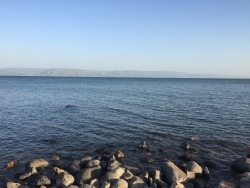 After our playtime of floating away in the Dead Sea we were making our way North to our Kibbutz in the Golan Heights, with, of course, a few pit stops along the way. However, one pit stop was one I could never imagine. The Dead Sea is located in the West Bank, which is one of the occupied territories. So while we were driving back North, we had to cross back into Israel proper at one of its checkpoints. When we’ve had to cross in and out of occupied territories, we’ve had a pretty simple checkpoint process. This checkpoint we crossed was not like any other. We apparently approached a checkpoint that was not controlled by the Israeli border police but rather was operated by a private subcontractor. These guards were apparently not content with our explanation that we were 20+ Americans exploring Israel on an educational trip. Some of these guards, two in particular, took it upon themselves to board our bus and proceed to ask some of us questions and request to see our passports. They did not ask all of us, like what would (and did) happen when we go through Customs and Border Control at the airport, these questions and to see our passports. They were sporadic in their choices of persons, which made it highly uncomfortable for me. I was trying to reason and rationalize why they asked the persons they did, but could not come up with any logical answer. It was an experience I had never had in all my years and tours abroad. 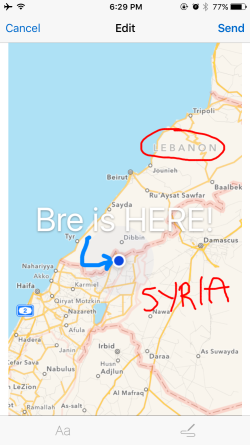 The day continued on with no further excitements (minus a wonderful dinner at the Kibbutz). We visited the gorgeous Sea of Galilee, a church, and saw some other historic sites along our way to the Kibbutz. The Kibbutz was unlike the Kibbutz I had stayed in before; it was very modern and gorgeous. The dinner was this luxurious Middle Eastern buffet and I could not be more honest when I said I ate my fill. The Kibbutz was also amazing just because of its location – being right on the border of Lebanon and a short ride away from Syria and even Jordan. Some people would say this isn’t so exciting, especially when you think of Europe when it is so easy to bounce from country to country because they are all in close quarters. The difference really is made when you think that countries don’t really appreciate Israel’s existence and that its borders aren’t technically set or internationally accepted.