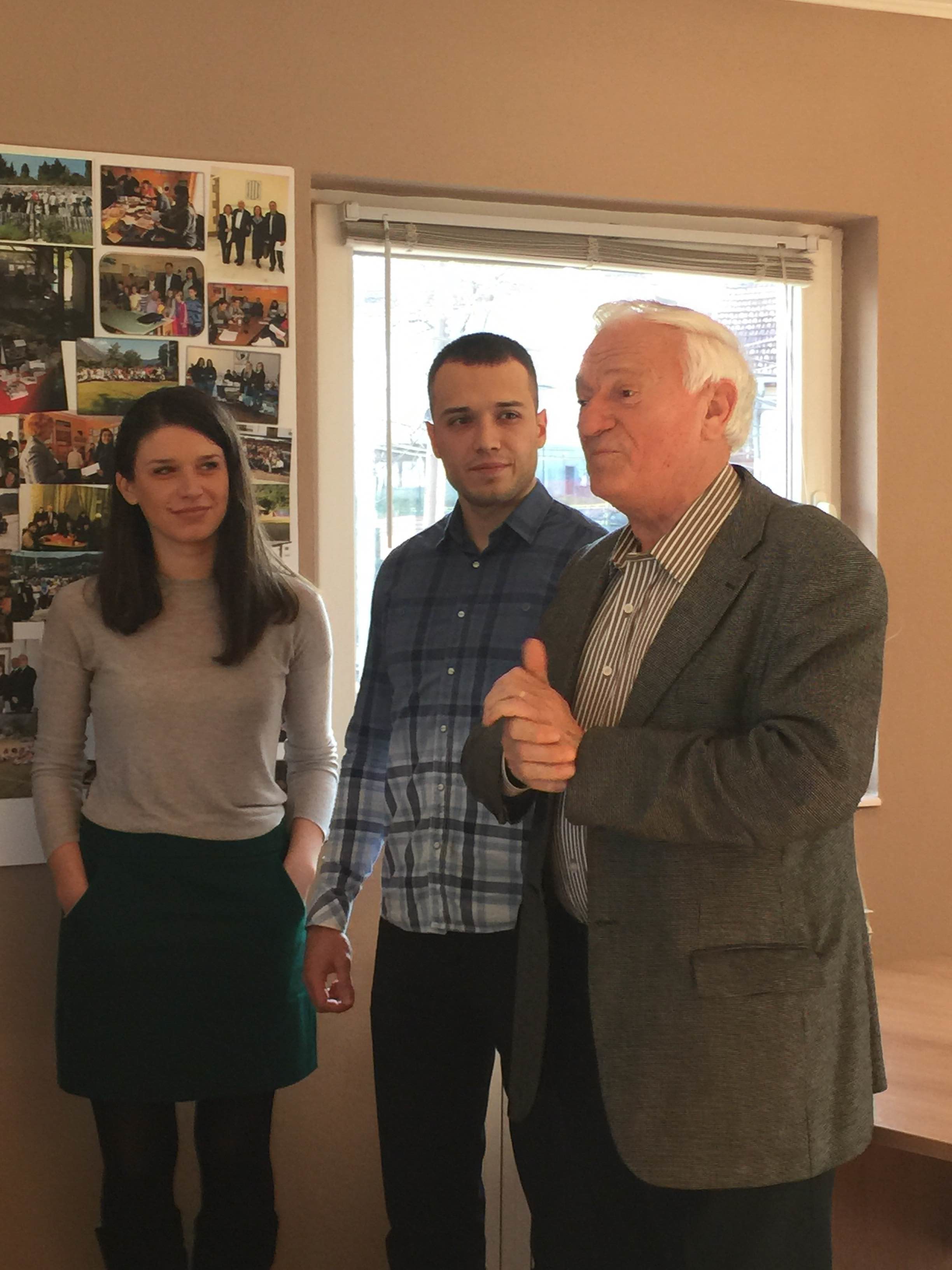 Today’s blog post comes from MEJDI Travel Planner Kelly, who is on the Sisterhood of Salaam Shalom Building Bridges trip to Albania and Bosnia…
We started our day at the largest Mosque in the Balkans, the Bey Mosque. The ottoman architecture was exquisite and some of our group took the opportunity to pray. One of our group members said he felt he wanted to say a prayer for all those who perished in the war. It was a beautiful gesture and the Bosnians with us were quite moved by it.
There is no conflict that can be simplified to a sound byte or a headline and that is specifically true for the conflict in Bosnia. Today we had the honor of meeting with General Jovan Divjak, a Serb who was the General in the Bosnian Army. General Divjak is a hero in Bosnia and he talked to our group about how he made the choice to fight for Bosnia. General Divjak also started a foundation for children who were orphaned or other deeply affected by the war. He told our group that he saw the effect of the Second World War on Jewish children and knew that these children of Bosnia would need all kinds of financial and psychosocial support, which he continues to give through his foundation today.
General Divjak took the group to the Old Jewish Cemetery which was the front line during the war. Literally Serbs on one side and Bosnians on the other. We learned about the siege from a military point of view and were able to see the burial sites of Bosnian Jews from as far back as the 1400’s. At the center of the cemetery stands a memorial to the Bosnian Jews killed in WWII.
https://mejditours.com/wp-content/uploads/2016/01/IMG_6181-e1452702099984.jpg 3264 2448 RB-ADMIN https://mejditours.com/wp-content/uploads/2022/07/logo-green.svg RB-ADMIN2016-01-13 16:33:112016-01-13 16:48:46Day Three – Bosnia