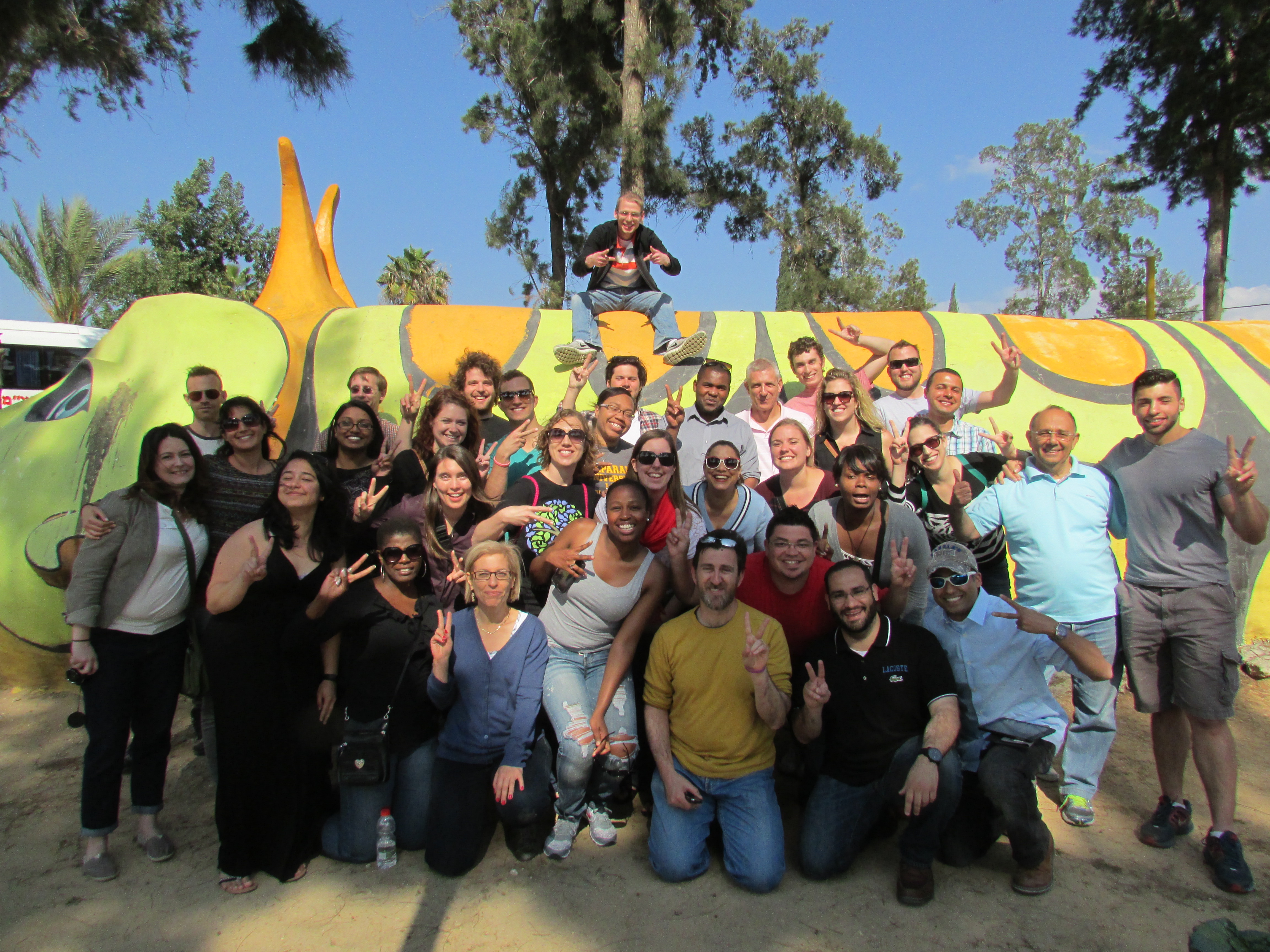 This picture is from our last day we spent in the city of Sderot. On the bus, Alaa’ explained to us how the city has been plagued with constant rocket attacks from Gaza. It seemed to be a rather lighthearted discussion until we arrived in Sderot and noticed that all the bus stations and many other buildings were actually bomb shelters. We met with an IDF officer at the Sderot police station. He showed us the rockets launched from Gaza, explained the Iron Dome defense system to us, and elaborated on how the day in the life of your average Sderot citizen is. I believe the group not only learned the physical damage the rockets cause to the people and infrastructure but also the psychological effects to Sderot’s population as well, especially the children. The most sobering experience occurred where the picture was taken, at a children’s playground in the middle of the city. The Caterpillar behind us is made of reinforced concrete and is actually a bomb shelter/play tunnel for the children. I know the playground hit home to many in the group who have kids or young siblings but it was also inspiring to many to see the ingenuity and courage of the people who choose to live in Sderot. 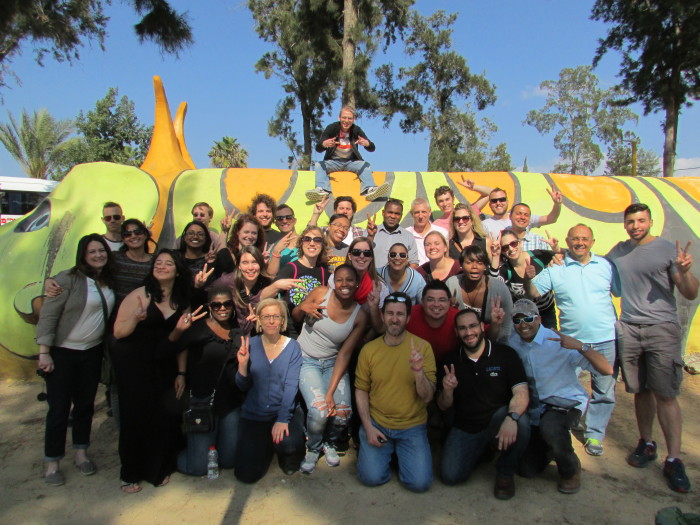