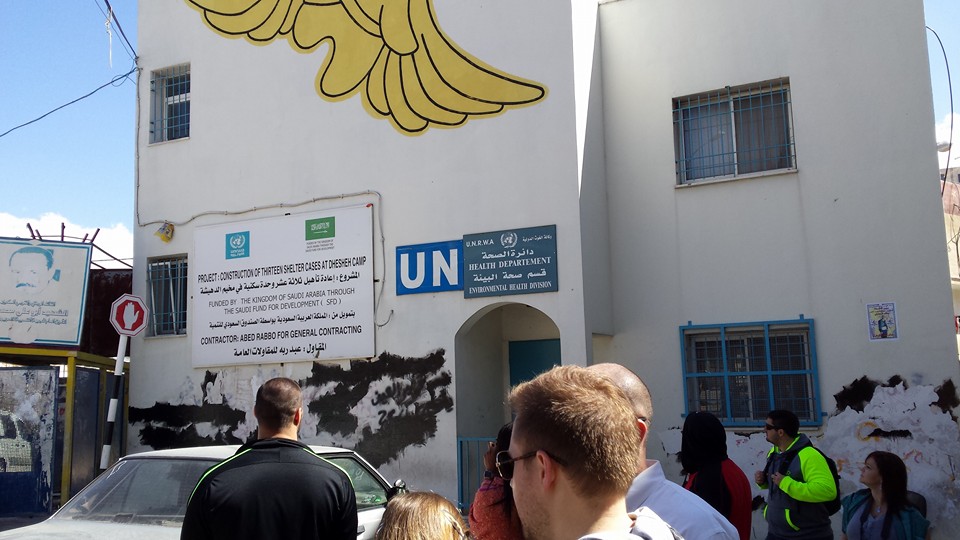 Today we visited the city of Bethlehem, known mostly for being the birthplace of Jesus Christ. Although the city is only about 6 miles south of Jerusalem, it is located in Palestine on the other side of the security wall across from Israel.

Bethlehem obviously has a large number of special religious sites, but the topic of this blog post isn’t about those. Instead, I’d like to focus on the UN Dheisheh Refugee Camp.

Dheisheh was started in 1949, and was intended to be a temporary refuge for 3,400 Palestinians who were forced to flee during the 1948 Arab-Israeli War. Originally it was a bunch of tents, but soon the United Nations began building small concrete houses when they realized the camp would likely be more permanent than they had originally thought.

Actually, “small houses” is a bit of an exaggeration. In reality, the UN houses were more like shacks that were only about 10 square meters, with around seven occupants per house. To put that in perspective, I’m fairly confident that my bedroom in Valparaiso is bigger than that. It’s nearly impossible to imagine seven people living in a space that small.

Eventually the refugees began to construct their own homes with whatever they could. Nowadays there are a number of large buildings, obviously a stark improvement to the original UN housing. These buildings, however, are disheveled and gradually falling into disrepair. The streets are extremely narrow and winding, disorienting even those that are familiar with the area. Even trained military personnel have trouble navigating it. Many of the buildings are not connected to local water or sewage systems, and as a result they are forced to collect rainwater on the rooftops.

Despite this, however, people are able to thrive in the camp. Through donations and general goodwill, the residents of Dheisheh are able to make life better for themselves. There are a number of charitable and humanitarian organizations that help those who need it most: the children of refugees who have lived there their entire lives.

And it’s no wonder why. Growing up in Dheisheh can’t be easy by any means. These children will likely never be able to leave Palestine, let alone the bigger city of Bethlehem. They need as much help as they can get.

But despite their difficult situations, these children are still able to be children, thanks to organizations like Karama and the Ibdaa Cultural Center. Because of the hard work of these groups, children can still smile and laugh. They are able to have some semblance of a normal childhood, even though they live in situations that most of us will never be able imagine.

As we were leaving, a young Palestinian boy walked by and looked at me. Instead of looking at me like just another tourist, however, he saluted and smiled at me, to which I responded by doing the same. Seeing this first-hard was not only extremely moving, but inspiring. With any luck, this child may be able to grow up and change the world for the better. For him and others like him.

I wish I had been able to get a picture of this encounter, but unfortunately my camera battery had died by that point. 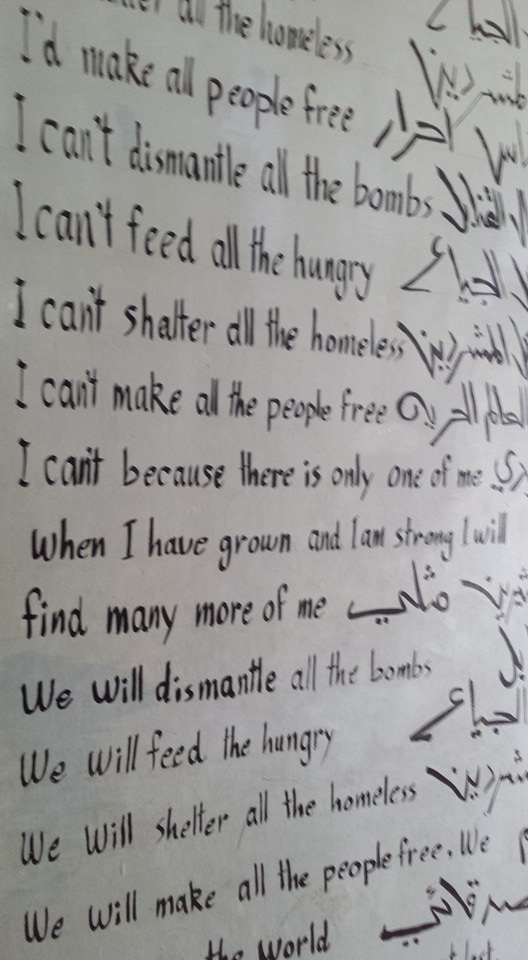