This blog post was brought to you by Noam G…

Today was a day of many firsts. First time in the settlements, first times in Palestinian territories, and, a first time in a mayor’s office, which, turned out also later that day, my second time as well.

“The sound of the train heading to Auschwitz in my head” said one of the women in a movie we saw, using it as the motivation when setting up the Etzion settlements in 1943. I was listening carefully, realizing this sentence was flawed in too many ways. First of all, Auschwitz was liberated only in 1945, and, most of its use happened between 1943-5, making it very unclear how a settler in Israel would have had both survived it and then had the time to go to Israel and build a new settlement, all by 1945. Second, to my best of knowledge, the narrative where Israel serves as a redemption for the holocaust is a much newer narrative, usually discussed after the 1960’s, again, making it improbable for somebody to use it as his or her motivation for creating a new settlement.

The rest of the early morning tour was not much better either. The soldier that presented us the small museum wasn’t very convincing, and, as you would come to understand later, I am not just mentioning it because we have opposing views. I was very disappointed throughout the tour. In the tour, alongside the holocaust connection, another clear narrative was established: Gush Etzion is crucial to Jerusalem’s survival. Without Gush Etzion, Jerusalem is vulnerable to attacks from Hebron, leaving it “defenseless”. I was more disappointed with the way the argument was presented rather than the argument itself. There was no proof, evidence, or even anything to support said claim brought up by the soldier guiding us other than “it’s halfway between Jerusalem and Hebron”, which is a very easy to dismiss argument, most especially today in the age of modern technology and advanced air forces.

The last thing that disappointed me so in the tour was the extreme dehumanization of the Arabs throughout it. Arabs were again and again mentioned as the sole aggressors, lacking any humanity. I wish the tour had been more about the settlement itself rather than its over-glorified history.

From there, we went on to something that was very special, at least to me. We started heading into “area A”. As I said before, I have never been to area A, or the Palestinian Territories at all. I always had my own pictures in my head of what the territories looked like, but, I never knew how they actually were. I was so happy to meet actual people with actual lives from the West Bank. I wanted to see that there are people living normal lives, or at least attempting to, who want peace as much as I do. I was even happier when my desires got confirmation from the mayor of a local village.

Going a few hours back, we went to another settlement, this time, Efrat. In Efrat, we met with the mayor of the town. I have to admit, heading there, I had my own very narrow ideas about the locals and the town, picturing them all as fanatic religious people living in an isolated place. However, to my surprise, I actually liked the mayor. He sounded a really practical person, despite our differences, and, a man who deems peace more important then his own town, willing to even leave it if a peace agreement arrises. Having said that, our narratives were still very different. The mayor never spoke about the PA as someone Israel can negotiate with, but rather just mentioned existing countries as part of the conflict- Jordan, Egypt, Syria, Lebanon. He carefully and skillfully manipulated the conversation into a place where the “big elephant in the room” was never mentioned or even brought up by us. Perhaps we should have been more careful and confronted him directly on that issue.

Directly from there we went to the Palestinian mayor’s office. The difference between the two places was, striking. The office of Efrat’s mayor were fancy, in a new building with all the office equipment needed. The room where we set had a modern AC, and as the mayor pointed out himself, even a fish tank. Right outside the room we met with the mayor in there was a wall with certificates, for each year between 2003-15 that were given to Efrat for “5 stars beauty”. In extreme contrast, the Palestinian’s mayor offices were in an old building, the building was not even fully closed with a roof, and we set on plastic chairs as opposed to the new office chairs in Efrat. Everything about the Palestinian mayor and town screamed “victim” while in Efrat, everything showed the imbalance of power.

Wit the Palestinian mayor, the narrative was completely different. Throughout the entire meeting I felt everything he said, including his body language and attitude were used to provide a picture of victimhood of the Palestinians. In his narrative, the Palestinians had no responsibility for the current situation, and, everything was on the Israeli side. The man sounded tired of a decades long conflict, and pessimistic about seeing the end of it with his own eyes. His pessimism led him to believe that the only solution now, ironically, would be a one state solution where the Palestinians would share a government with the Jews across all Israel, and at one point (which I think is as of 2014 in fact) the Palestinians will have a majority in the country and thus, in the government. By the end of the meeting, I couldn’t decide if the man was truly tired of everything, or, simply using it as a strategy to achieve what he wants, because, after all he is a a politician.

I ended this day slightly more hopeful, slightly less hopeless. Throughout the day I put real pictures in my head for places I have heard countlessly about and discussed endlessly with others, I met people who were surprisingly smart and optimistic, especially the two town mayors. 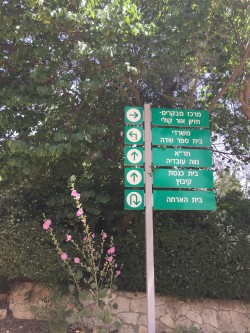 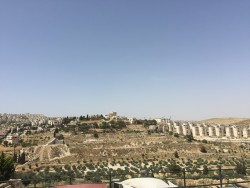 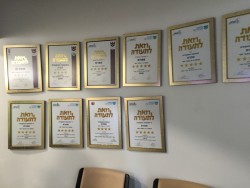 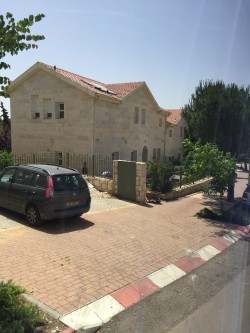 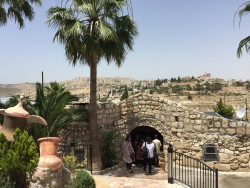 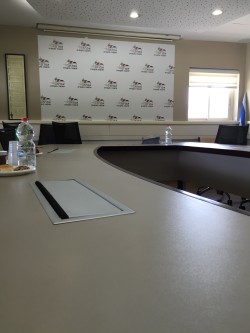