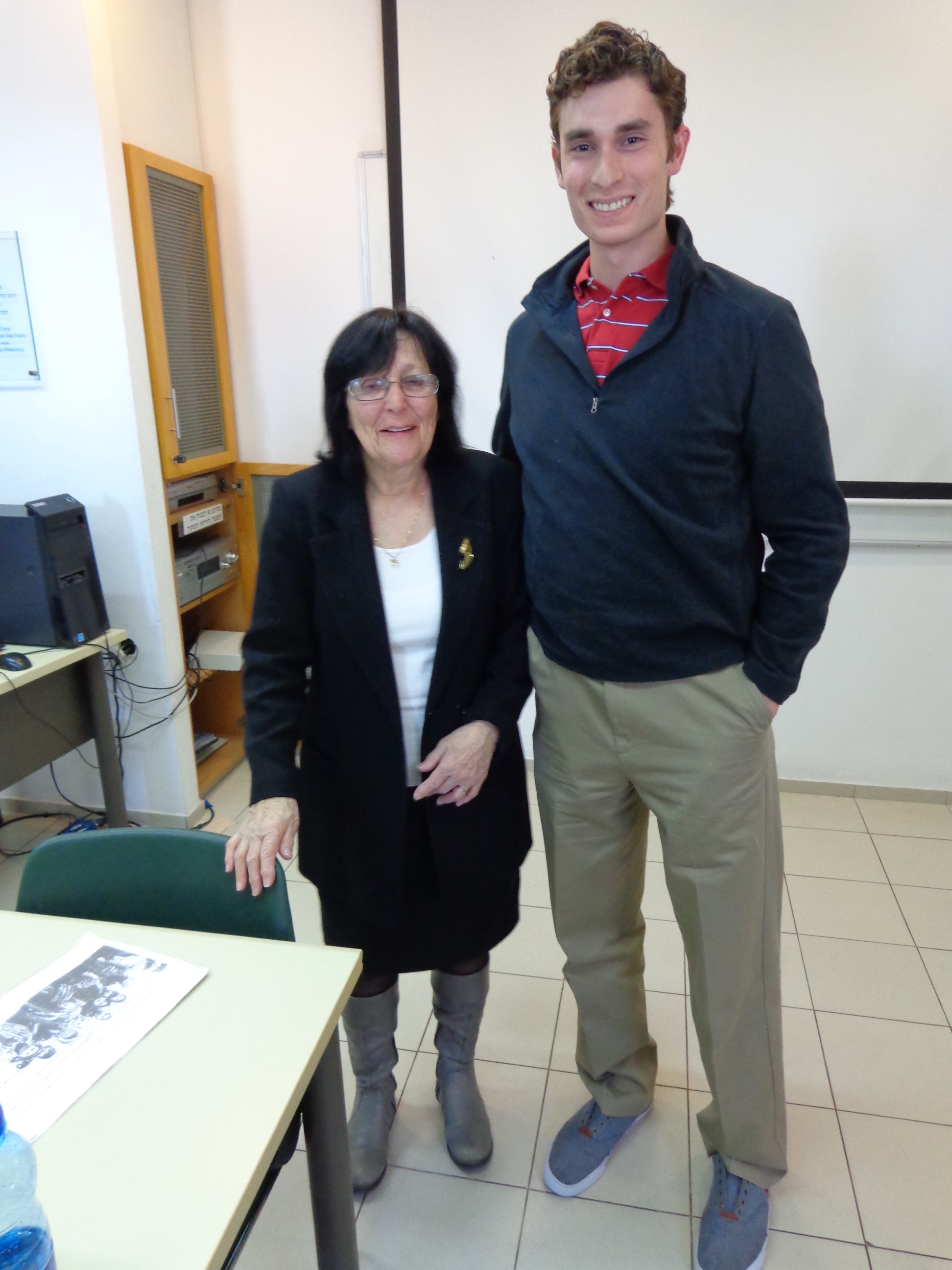 My most memorable and favorite touring experience that the Valparaiso Law School group went on was when we met with a Holocaust survivor. After waking up early and spending the morning touring, on top of already being tired from traveling to a foreign country, I was about to fall asleep at the beginning of Ms. Weiss’s story. But once Ms. Weiss began telling her incredible story, I was wide-awake! Ms. Weiss told us about how her family was separated, and her father promised to protect her and her sister by buying a textile factory in their maid’s name, so she had money to take care of his daughters. Ms. Weiss then talked about her and her sister’s suspenseful journey living a double-life as “Christians” while still practicing Judaism regularly. Ms. Weiss’s story continued to get better when she shared her encounter with a family whose father was part of the S.S. Ms. Weiss faced the intense questioning from Nazi soldiers looking for any remaining Jews hiding amongst the non-Jewish population. Ms. Weiss eventually was caught, along with her sister and were sent to Auschwitz. The stories Ms. Weiss told us, and everything she had to endure was unbelievable. It is absolutely horrific that any human being had to experience and suffer such a hellish way of life, especially as a child. Listening to Ms. Weiss’s detailed recollection brought tears to my eyes, and a thought of disbelief that a human would treat another in such a degrading way. I was even more amazed that Ms. Weiss, a little girl was able to survive, reconnect with her family, and is still around to this day in great health sharing her very personal and emotional story with people from around the world. I am so glad that my class and myself was able to meet Ms. Weiss.