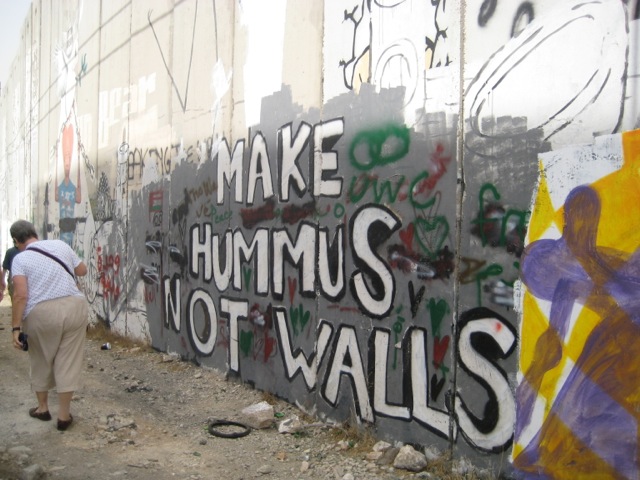 St. Mark’s held a meeting with their church to share their stories from Israel, Palestine and Jordan. Below are notes from Marjorie Coombs Wellman’s presentation…

Artwork on the Wall 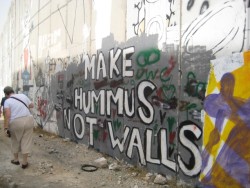 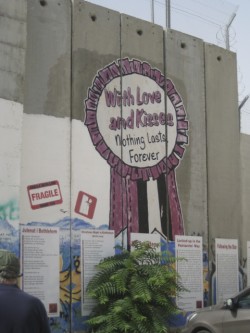 With Love and Kisses 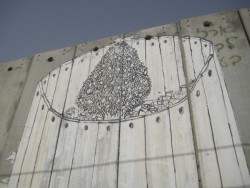 Christmas Tree surrounded by the Wall (this was just outside Bethlehem) 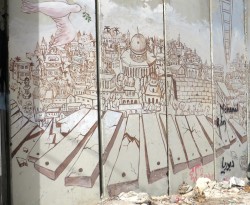 Kids being kids at the school for Syrian Refugees 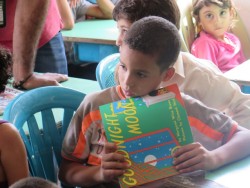 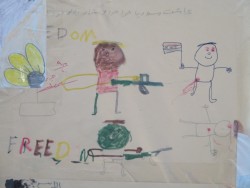 Drawings: some have messages of support and hope, some depict what some of these kids have seen and experienced. 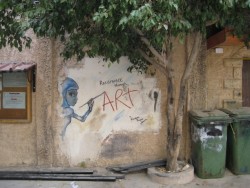 Founded in the refugee camp in Jenin for teenagers. It promotes Resistance through Art and provides venue for self-expression and an emotional outlet.

I was struck by teenaged boy we saw in a video (not an exact quote) – “Before the theatre the only thing I wanted was to become a martyr. But now that I have the theatre, I want to live a normal life and die a normal death” 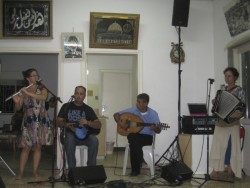 Wast Al Tarik (Middle of the Way) band; both Israeli and Palestinian musicians