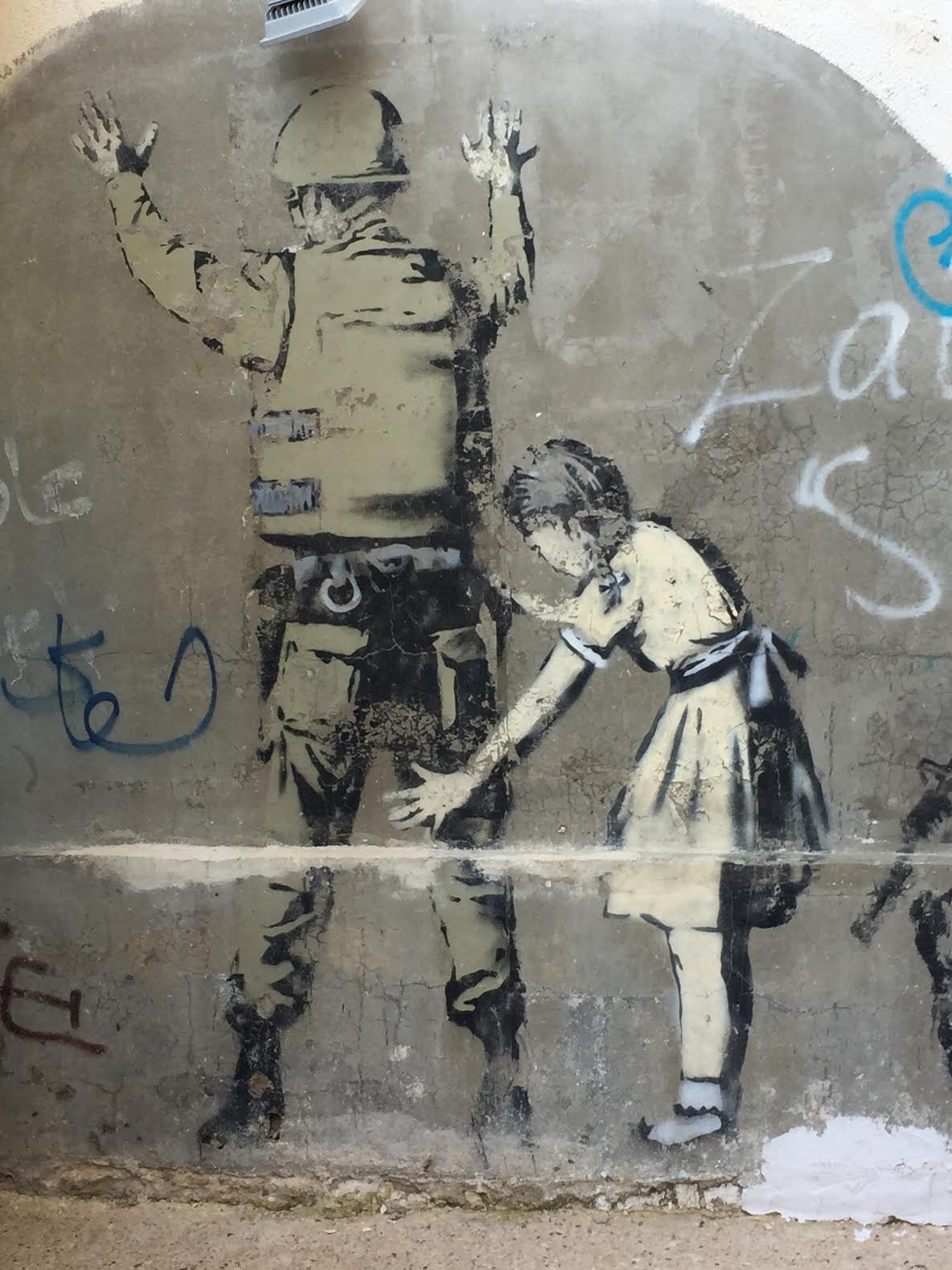 On March 6, we had the opportunity to enter the West Bank and see the Separation Barrier/Wall from within the Palestinian area. From the side facing Israel, it is just a huge cement wall with checkpoints and guard towers every so often, but from within the West Bank the wall transforms into a piece of non-violent art protesting against the occupation. Everywhere along the wall there is graffiti and art of people voicing their objections to the occupation. These groups include people from all over the world.

The white signs came from a European group expressing their dissent with personal stories of people in the West Bank tied to similar Bible stories. 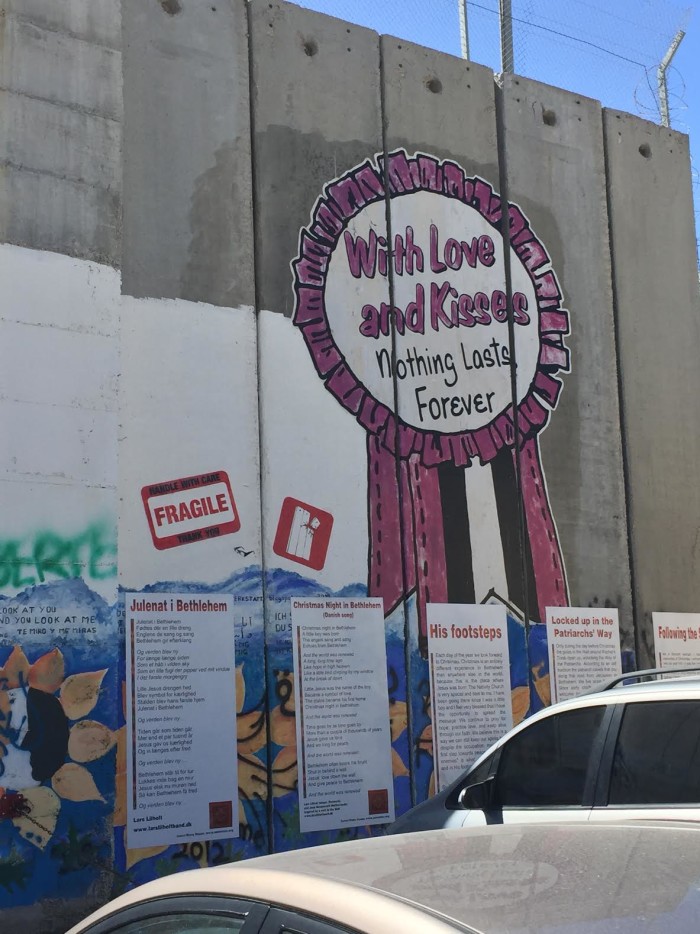 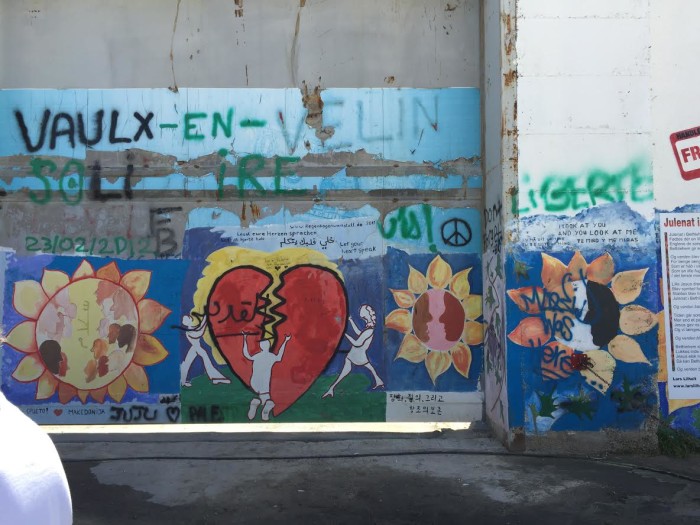 One of the most famous graffiti artists around the world and with art in the West Bank is an artist named Banksy. Banksy exact identity is unknown but he is reported to be an English graffiti artist and does political and social commentary work throughout the world. Banksy does not sell any of his artwork, but auctioneers have attempted to sell the walls on which he has placed his artwork as they have extreme value. Banksy has done several pieces of work on the Wall in the West Bank including the one below: The West Bank Guard. This art is of a girl frisking an Israeli solider. Daily life for people in the West Bank is one of being watched and monitored, constantly having their freedoms impinged on. When you live in the West Bank you are not free to move about or leave freely. You must have a permit to exit and even then are subject to thorough searches by Israeli police. This artwork by Banksy turns the tables and shows a little girl searching the soldier. Maybe he is the one bringing the danger and problems into the West Bank and not the other way around. Banksy in all of his work strives to create conversation and controversial work about different topics. 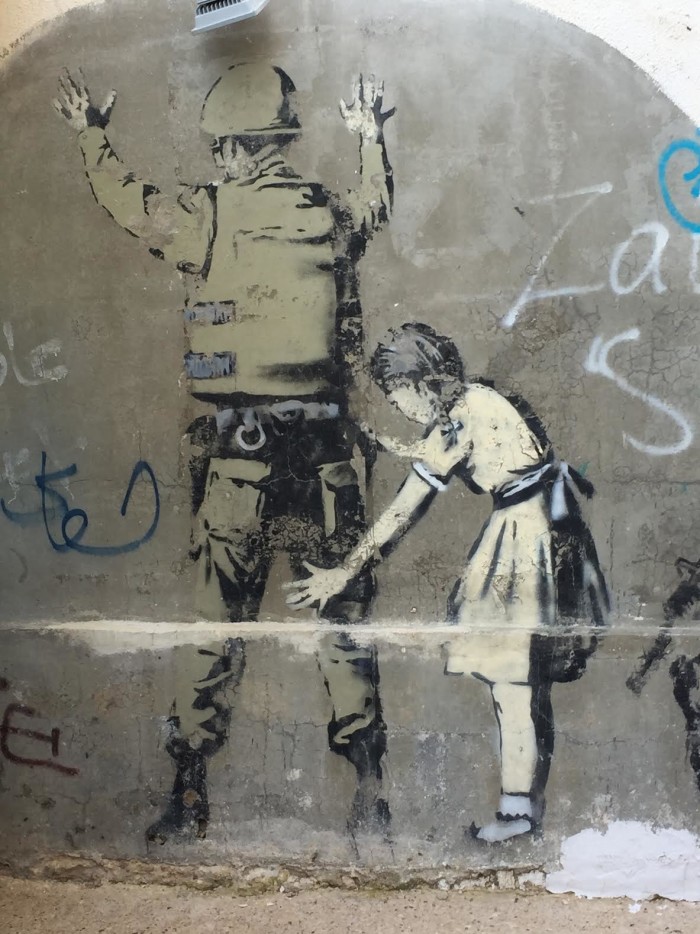 Art is one of the few ways people living in the West Bank can physically voice their objection for all to see about the occupation. The art allows everyone, Israel and the surrounding international community, to see that they are unhappy with the conditions that the wall has forced them into. The wall for comparison is not small in size, but spans at least double or triples the normal height of fence. 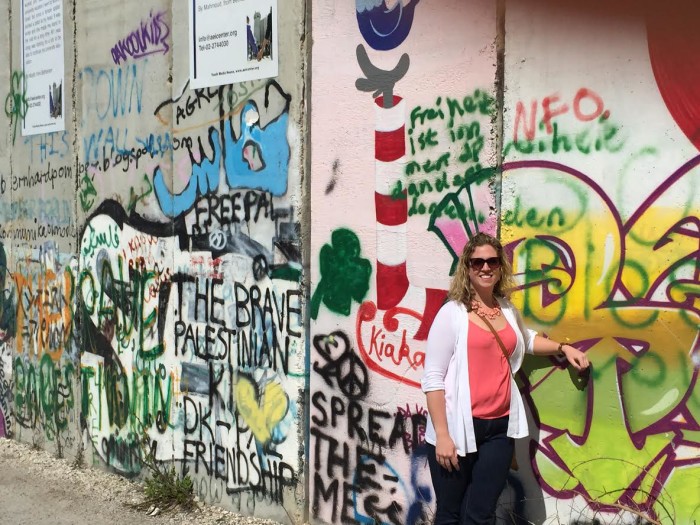 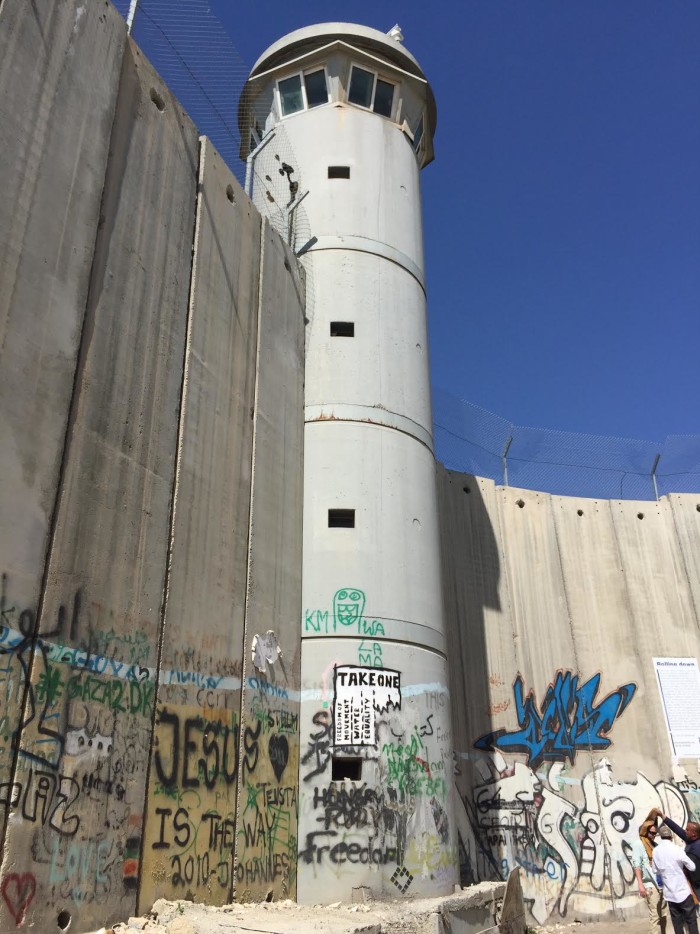 The Wall/Separation Barrier for each side has very different connotations, one of impinging freedom and justice and one of helping to maintain security and fight terrorism. Both have compelling arguments as to why this structure is or is not a suitable arrangement. I am grateful we saw and heard narratives on both sides to try and better grasp the issues that both sides are dealing with on a daily basis.