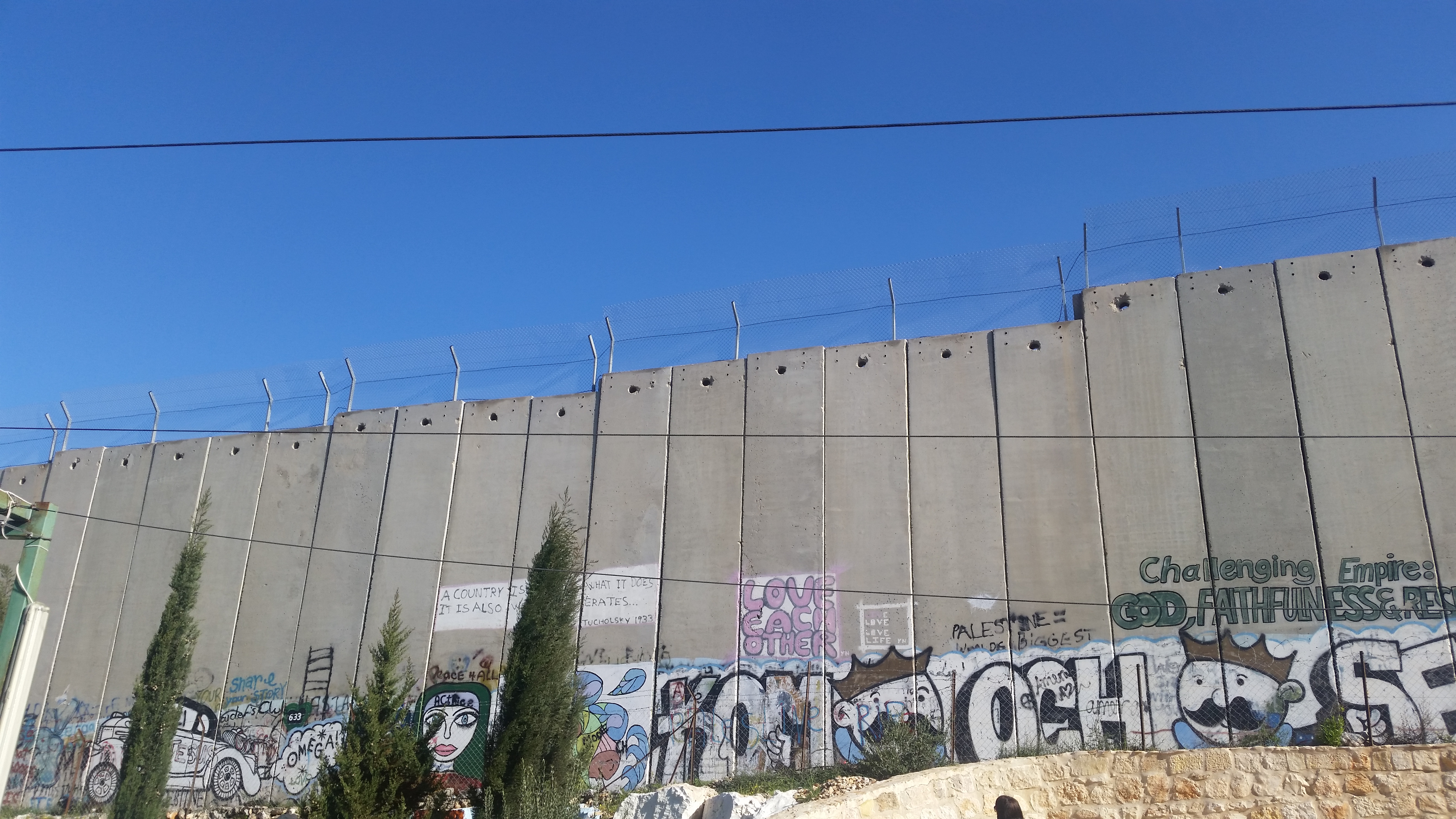 We had a guest lecture from the IDF spokesperson on the history of the separation barrier and how it came to be. The separation barrier was a direct result of multiple terrorist attacks and the Israeli government felt compelled to protect its citizens. The barrier was initially intended to be along the green line but as the speaker was on the land physically seeing the terrain, it was unable to be exact. They attempted to follow the green line but in fact at some points, the fence is far beyond the green line and takes up much more land. In April 2002 after 128 people died, Israel had enough and citizens demanded security and thus, the security fence was born. The fence is 451 miles long and 27 feet high. The fence is equipped with cameras and sensors to tell if someone is trying to cross. The fence has 28 main checkpoints. The speaker advised that each week, 20-30 times a week, someone attempts to cross the fence. The fence cost 11 Billion Shekels to build and 7% maintenance each year. The speaker felt the fence was a success as he can say from 2000 – 2006, 1,162 people died because of terrorist attacks and since 2007, there have only been 35 attacks with only 18 people lost.

After hearing the IDF spokesperson’s view, we visited Bethlehem, we visited the security wall and we were able to see the fence in person. The wall has impacted so many lives. The people who live near the wall have gone out of business, they are unable to see their family on the other side, even their husbands or wives, they have land on the other side they cannot get to or utilize. The pictures / “Graffiti” on the wall only tell part of the story. Here you can see how the two sides are not equal, how you have armed soldiers with women in the middle and the other side has stones. This is how they feel, how they see themselves.

It is hard to imagine being separated from your family, unable to see them. Here, in Israel, families are divided, displaced and move around beyond their control. They blame the security wall. They feel the government could have chosen a better way to protect its citizens. A better way than building a 451 mile long wall that is 27 feet high.