American cities have long served as beacons of opportunity, hubs for cultural creativity, and havens for seekers of a better life. Yet, many urban areas bear evidence of broken promises, discriminatory planning, and chronic institutional neglect. Top companies established headquarters at the heart of neighborhoods that then hollowed out.

Some of the country’s most celebrated cities today grapple with the fallout from a troubled past. Through organizing and advocacy, leaders meet stiff challenges with innovative solutions ranging from inclusive housing to sustainable food systems and participatory community action. 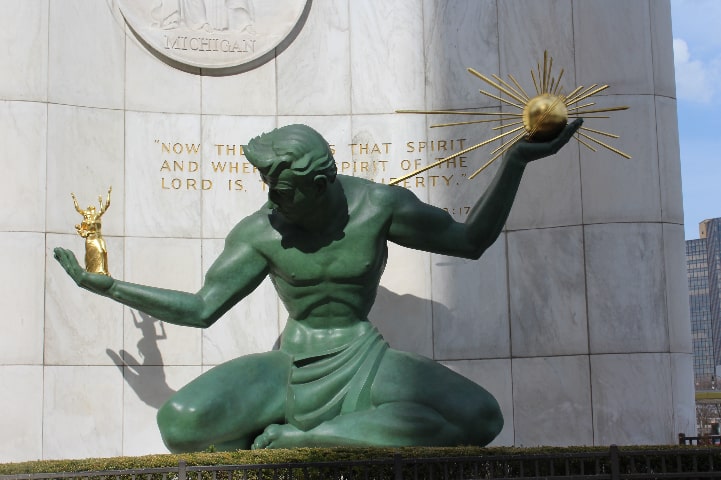 • Explore the history of St. Louis, Missouri from its founding as a Native American settlement to the fur trade and development of the modern-day city. Set out on a walking tour of downtown and explore rich historic, cultural, and architectural legacies.

• Sit down with a leading expert in community development and discuss racial segregation and socioeconomic disparities in housing across different areas of the city.

• Visit Ferguson and study the role of modern urban planning in perpetuating neighborhood disparities. Learn about the work of urban planners to revitalize and transform urban neighborhoods.

• Examine the role of architecture and urban planning in the nation’s third largest city, Chicago, IL. From a trading post on the Chicago River to an empire of organized crime, to a bustling metropolis and world leader in architecture, explore how the city evolved into the 21st century.

• Take a boat ride through the Chicago River and on to Lake Michigan, gazing back at the city’s stunning and textured skyline. Review the city’s notable architectural achievements while taking in stunning views from the Skydeck at Willis Tower, a glass-bottom box 103 stories in the air.  Stroll the city’s famous “Magnificent Mile,” a bustling upscale stretch of shops, restaurants, and home to some of the city’s most well-known landmarks.

• Sit down with an architect and urban planner and learn about the gentrification and redevelopment of Cabrini Green and other housing projects as well as the ongoing battle for affordable public housing in Chicago.

• Sit down with a local social worker to explore how urban planning and development play a role in issues such as the recent Covid-19 outbreak, homelessness, racial segregation, and the violence that continues to plague the city today.

• Head east to Detroit, the largest and most populous city in Michigan, on a mission to overcome a tumultuous past. From a fort settlement and trading post to an industry powerhouse and the wealthiest city in the world to a veritable ghost town of urban decay, Detroit tells an as yet unfinished story of fortitude and resilience.

• Meet with a historian and discover how immigration and the auto industry made the “Motor City” the fastest growing and most appealing city of the early to mid-1950s.

• Sit down with a panel of economists, politicians, and local business owners to discuss the series of events that led to Detroit’s downfall.

• Explore the decline of industry, the rise of Detroit as the center of the Black Power movement in the 1960s, the concept of “White Flight,” and the race riots of 1967.

• Meet with an NGO committed to neighborhood revival, using community inclusion and data-driven strategies in the urban planning and redevelopment of the “new, future, or next” Detroit.

Fill out this form and one of our expert travel planners will contact you right away.