Today we visited Bethlehem!
We began the journey traveling through the checkpoint. While it was easy for a bus full of Americans to get through, the line behind us and the line on the other side were quite lengthy. We began the tour at the wall and saw the drawings and writings calling for a free Palestine.

We then went to Wi’am which is a Palestinian Conflict Resolution  & Transformation Center. While we were there, we learned about the Palestinian experience before and after the wall.

We also stopped at the Ibdaa Culture Center which is the largest refugee center inside of Bethlehem. We were guided by Hamsa who was born and raised in the refugee center. He spoke about his experiences here and his families experiences as they were systematically removed from their lands. While this was a heartbreaking story, it’s is worth hearing because to hear the story is one thing but to then see the camps and see the small areas where the children have to play adds an additional dimension and adds to the human element of the story which is important.

From there we went to the Church of the Nativity, Milk Grotto, and had lunch in the market. The shop owners in the market were some of the nicest people that I’ve met. Shop owners came out and assisted the restaurant where we at lunch and we went in and viewed wares that were so beautiful!

Seeing the difference between the Old City market in Jerusalem and the market in Bethlehem was an eye opening experience. I enjoyed the Bethlehem experience far more than Old City and would love to return to volunteer in the refugee camp.

Video of the wall from inside Bethlehem 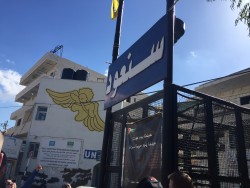 Entrance to the refugee camp 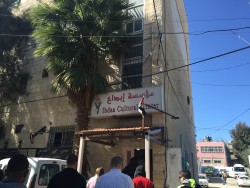 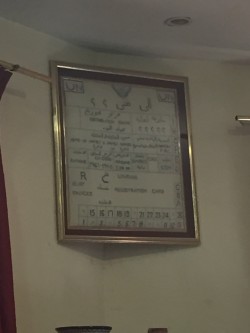 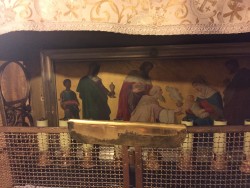 Inside the church of the nativity 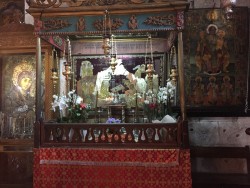 Spot where Jesus was born 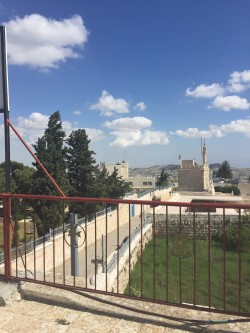 On top of the Olive Wood Factory 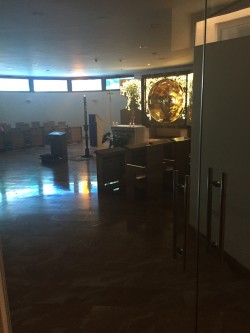 Chapel in the Milk Grotto